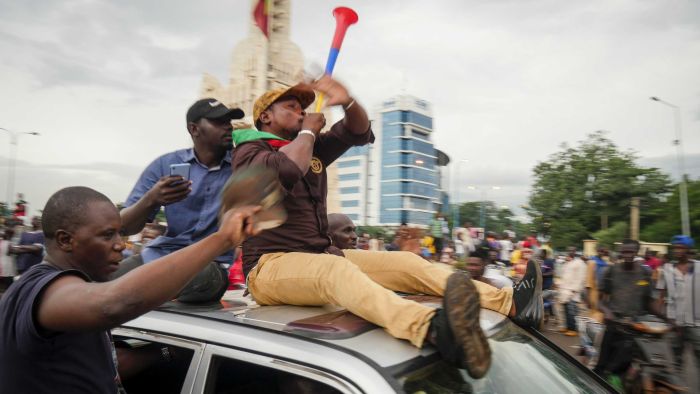 Neighbouring countries have closed their borders with Mali after an apparent coup attempt in the West African nation.
Key points: