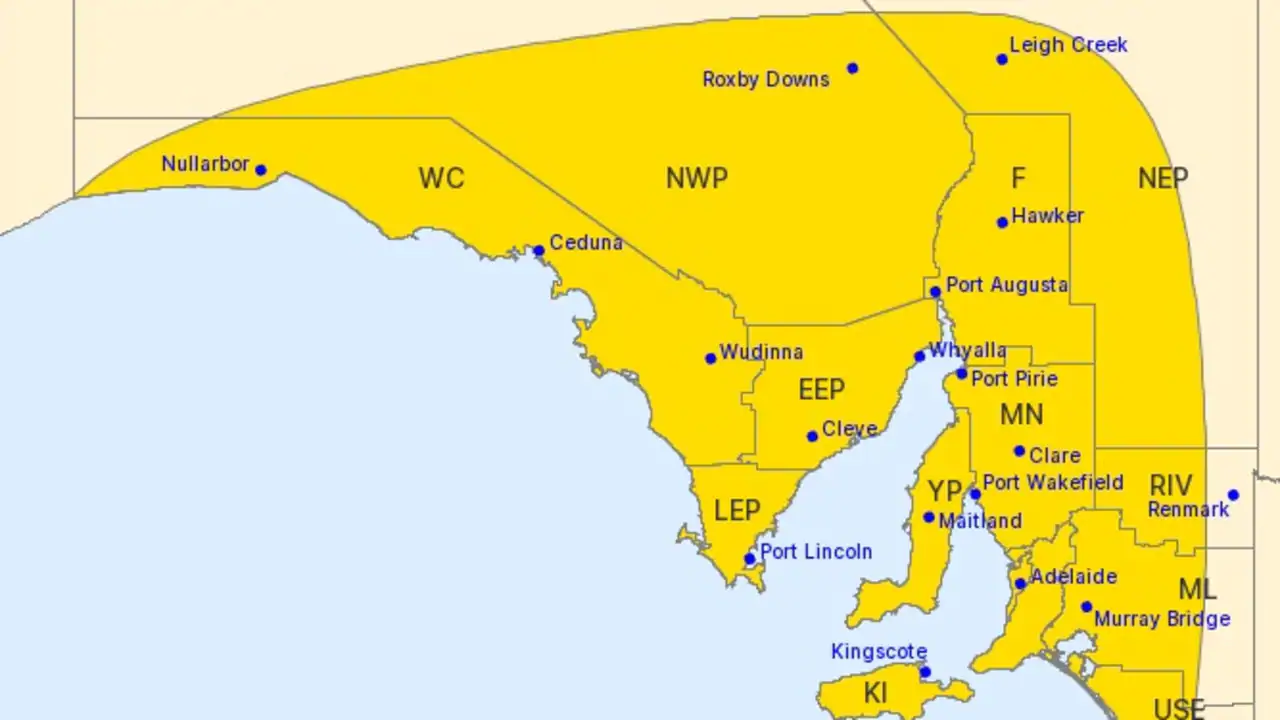 A severe weather warning has been issued for parts of all districts of South Australia, with locally destructive winds expected to hit the state late Tuesday afternoon.
The Bureau of Meteorology has the warning, saying the gusty front would initially hit the western coast districts before moving across central districts later on Tuesday.
Senior forecaster Jenny Horvat said metropolitan Adelaide could see winds up to 110km/h in the late afternoon, with showers and thunderstorms expected.
A S…