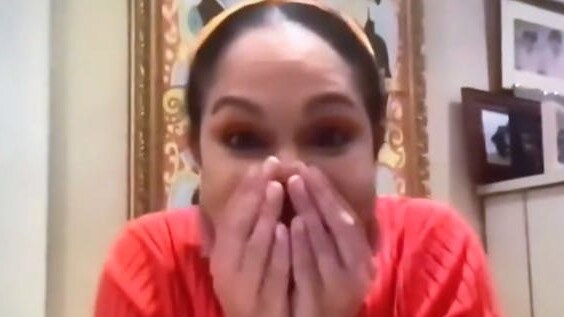 Nothing quite beats the chaos of an accidental F-bomb on live TV.Following on from her brief stint as The Masked Singer’s Goldfish, Christine Anu let one slip on The Project Tuesday night.
But while it meant her appearance was cut short, fans on Twitter praised the cheeky moment, which saw the star gasp with her hands over her mouth before falling into a fit of giggles.
RELATED: Masked Singer revealed as Aussie icon
RELATED: ARIA winner unmasked in shock twist
The slip-up followed a question…