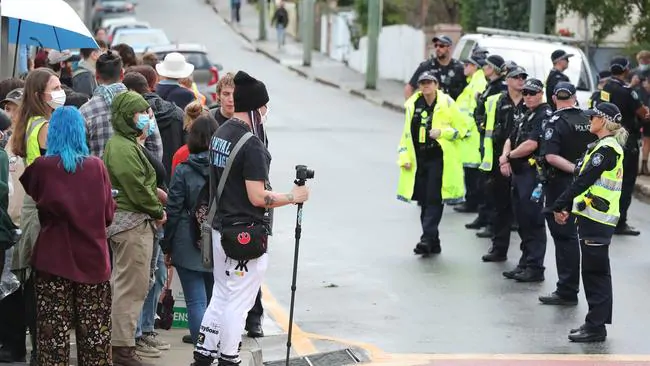 At least 60 protestors are causing peak-hour mayhem in Brisbane on Tuesday morning as part of the second act of refugee activism in a week. Jonathan Sri, Brisbane City Councillor for the Gabba, and Refugee Action Collective Queensland organised a march against the reopening of Christmas Island detention centre.
Activists blocked George and Adelaide Streets from 8am, as they marched from Parliament House to the Department of Immigration.
It was expected to have a significant impact on peak-hour…