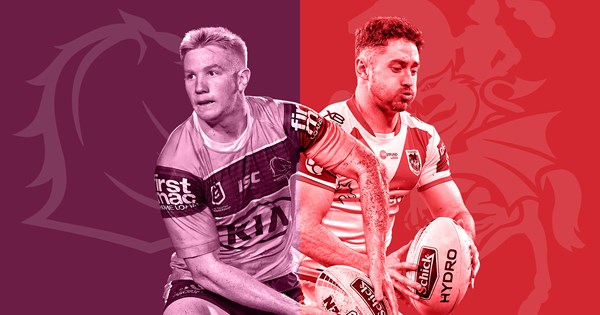 Embattled Brisbane, fresh off a calamitous second-half collapse against Canberra, face an uphill battle to avoid their second six-game losing streak of the season.
The Broncos host a Dragons team fresh off a morale-boosting 14-12 victory over competition heavyweights Parramatta, their fifth and by far biggest scalp of the season.
While Brisbane have been locked in a death spiral after beginning the season with back-to-back wins St George Illawarra are much-improved since a 30-16 derby win ove…