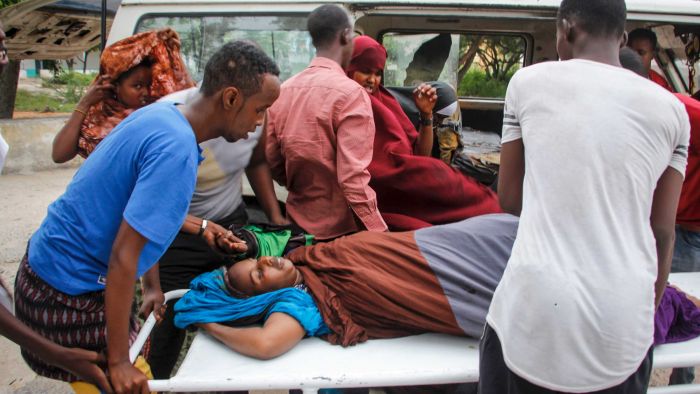 Fifteen people are dead and more than 20 are being treated in hospital following a deadly attack by militants at a seaside hotel in Somalia.

Militant group al Shabaab has claimed responsibility for the attack on the Elite Hotel in Lido beach, in the capital Mogadishu on Sunday.
The attack start…