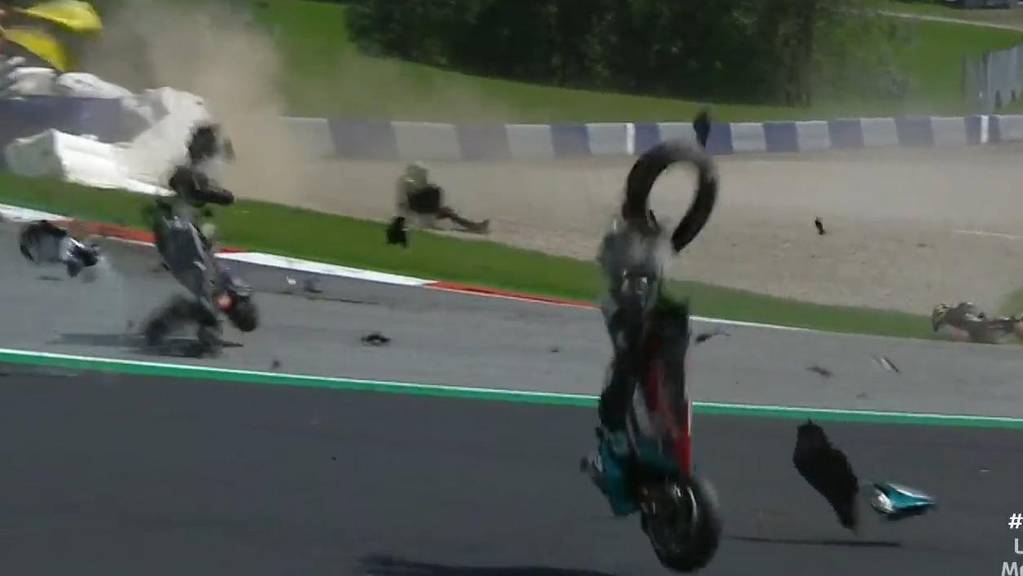 Valentino Rossi has called on his fellow racers to show more caution after a dramatic crash rocked the Austrian Grand Prix on Sunday.
Ducati’s Andrea Dovizioso won an action-packed race which was halted for 20 minutes after Franco Morbidelli’s Yamaha collided with the Avintia Ducati of Johann Zarco in Spielberg.
SEE THE VISION IN THE VIDEO PLAYER ABOVE
The red flag came out immediately when Morbidelli and Zarco came together at turn three, with their cartwheeling bikes missing Valentino Ross…