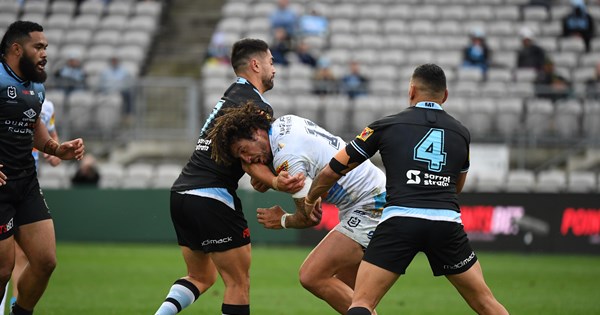 Kevin Proctor should not have been sent off against Cronulla and should not be suspended over an alleged bite, according to Sharks legend Paul Gallen.
Speaking on NRL.com’s Sunday Session podcast, the Channel Nine commentator said while he believed Sharks halfback Shaun Johnson would have felt teeth on his arm, that was because the halfback’s forearm was pressed into the Titans skipper’s mouth, not because there was any biting action from Proctor.
The on-field officials conferred after Johnson…