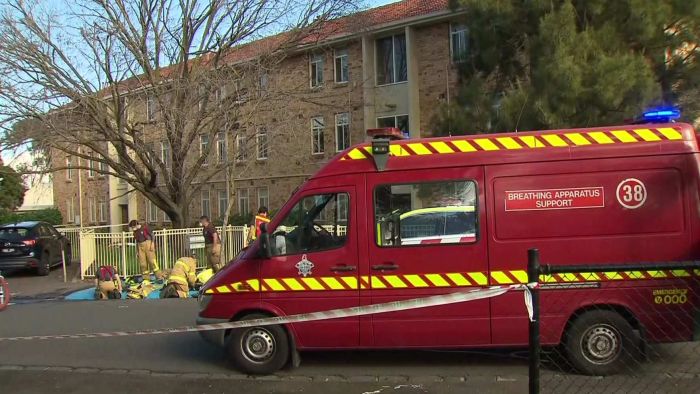 A child has died after a fire at a public housing building in Melbourne this afternoon.

Victoria Police said the young child was pulled from the burning building in Fitzroy North and was taken to hospital in a serious condition.
He died shortly after arriving at hospi…