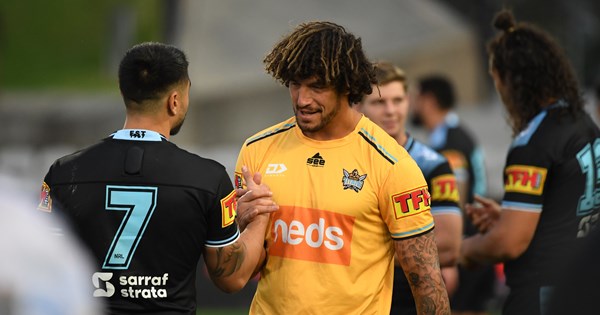 Cronulla playmaker Shaun Johnson doesn’t plan to give evidence against Gold Coast forward Kevin Proctor after he was sent off for biting his New Zealand team-mate in a drama-charged match at Netsrata Jubilee Stadium on Saturday.
Johnson, who also finished the match on the sideline after succumbing to a groin injury, and Proctor both returned to the field after full-time and shook hands.
Titans coach Justin Holbrook suggested Johnson had apologised but his Sharks counterpart John Morris said: O…