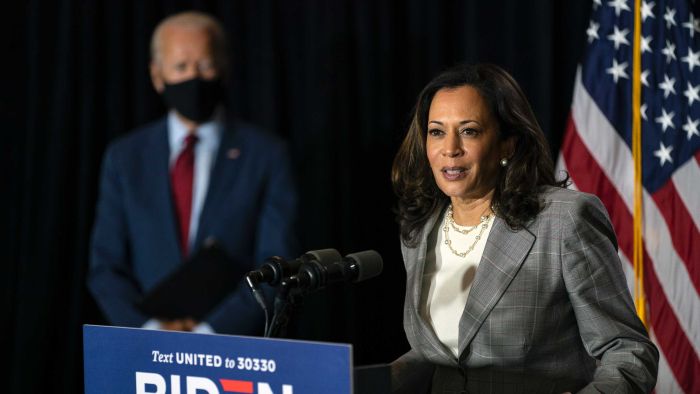 US President Donald Trump has drawn criticism from both sides of politics after giving credence to a conspiracy theory that vice-presidential candidate Kamala Harris is ineligible to serve in the White House.
Key points: