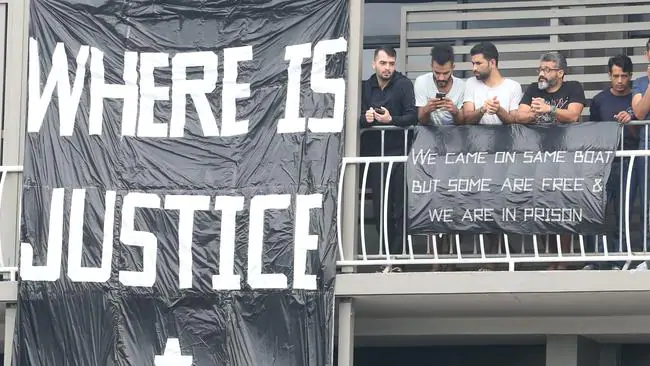 Six people have been arrested after protesters took to one of Brisbanes busiest thoroughfares in defiance of a Brisbane Supreme Court order that banned the march.Justice Jean Dalton on Thursday ruled the pro-refugee rally could not go ahead as planned over the Story Bridge or on Main Street at Kangaroo Point.
She said the planned action could spread COVID-19 and block major arterial roads.
But despite the court order, hundreds of people marched in wet conditions along Main Street from 2pm on S…