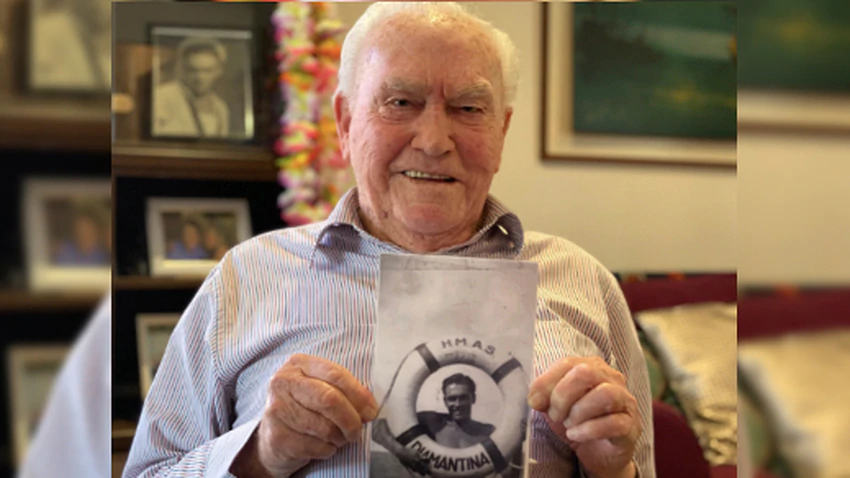 As the Second World War dragged on in 1945 after the United States dropped atomic bombs on Japan, the last thing on Royal Australian Navy stoker Bill McDonalds mind was a party.
Aboard frigate HMAS Diamantina, they were still meeting resistance as they bombarded Japanese positions in Bougainville in what is now Papua New Guinea.
They had been at sea for seven months when word came through on 14 August 1945.
It was a tremendous feeling that the war was over because it was getting real tense ri…