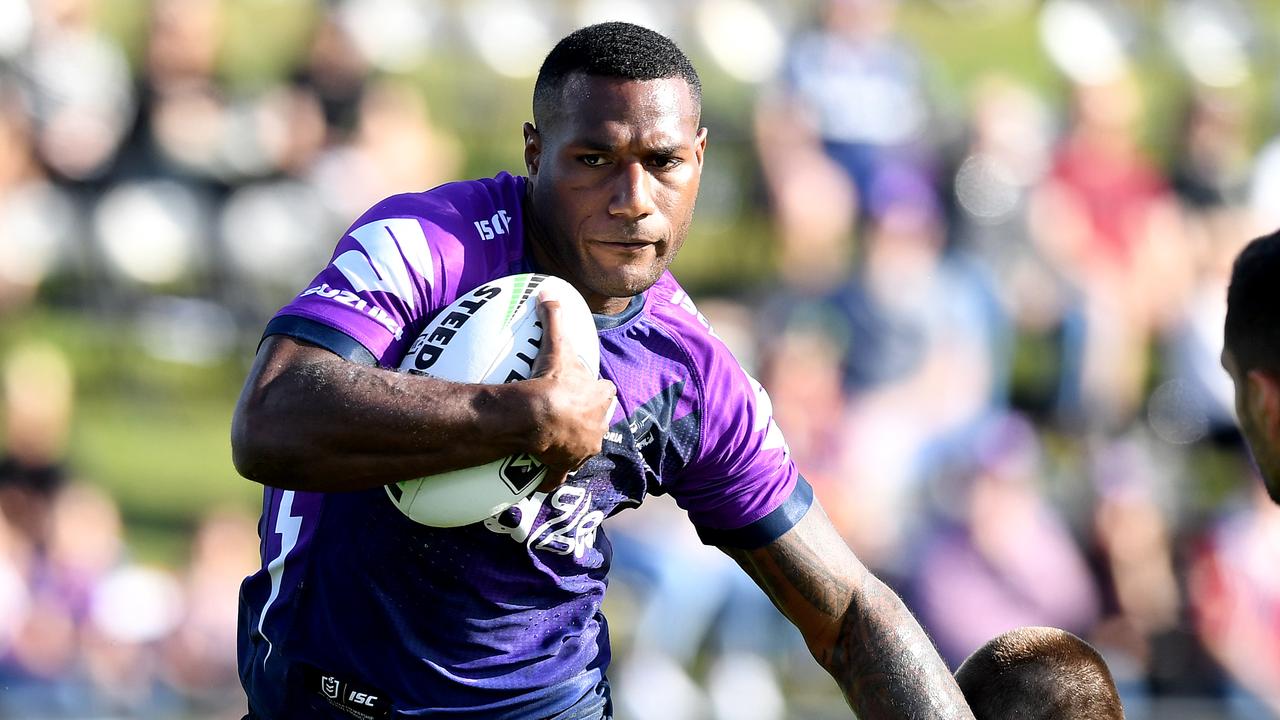 The Sydney Morning Herald revealed Storm winger Suliasi Vunivalu helped make a defensive play which prevented the Chooks from scoring a try midway through the second half.
Vunivalu was injured in the 60th minute and was substituted off the field, replaced by Nicho Hynes.
But when the Roosters restarted play and looked like making a break down their left flank, the injured Vunivalu came back into the field of play to stand in the defensive line and help thwart the attack, with 14 Storm players …