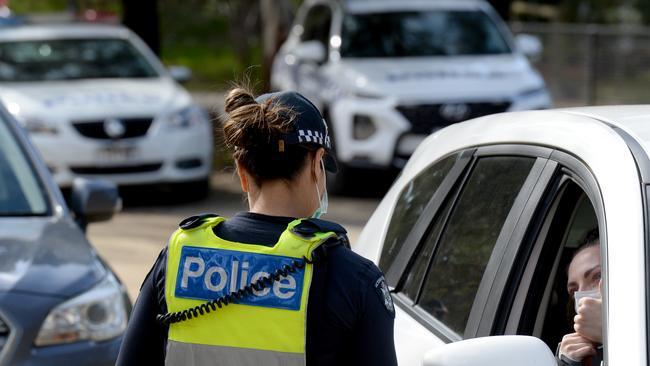 A man has copped 10 fines for breaching COVID-19 restrictions in Victoria, police have revealed.A Whittlesea man, who said he was in Richmond to visit work colleagues, could not produce appropriate documentation.
Victoria Police said the man has been fined nine times previously for breaching the chief health officer’s directives.
Two men were also caught buying cigarettes in South Melbourne after curfew. Both men were also not wearing face coverings, with one claiming he did not need to as he …