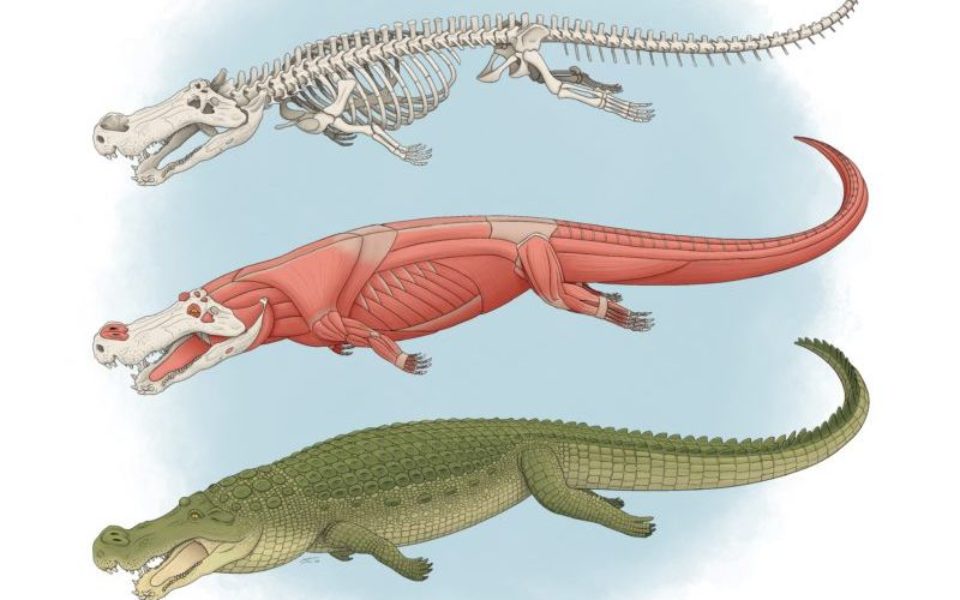 The complete picture of an enormous prehistoric “terror crocodile” with teeth the size of bananas has finally been revealed and a new study has confirmed they preyed on even the largest of dinosaurs.
The “terror crocodiles” grew up to 10 metres long, weighed up to 5000 kilograms and lived in North America between 75 and 82 million years ago.
Scientists had previously only been able to speculate about their eating habits.
Research published in the Journal of Vertebrate Paleontology has determi…