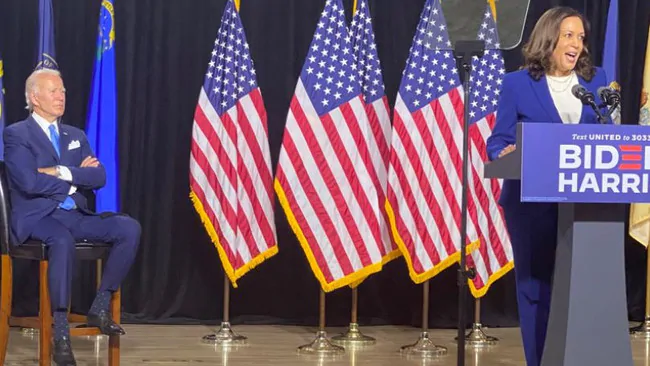 The Democratic Partys newly named nominee for vice president, Kamala Harris, made her first public appearance alongside Joe Biden today.Ms Harris, a former prosecutor, largely used her new platform to prosecute the case against re-electing incumbent US President Donald Trump.
“As somebody who has presented my fair share of arguments in court, the case against Donald Trump and Mike Pence is open and shut,” she said.
But there was a poignant moment as well, as Ms Harris described her experience …