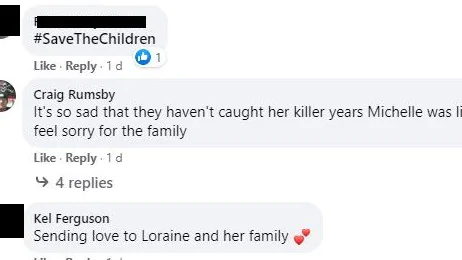 A man accused of murdering a teenager more than two decades ago commented on a NSW Police Facebook post about the investigation one day before his arrest.Craig Henry Rumsby said it was “so sad” police hadn’t caught the killer of teenager Michelle Bright, who he described as being “like a sister to me”.
On Monday, NSW Police launched a renewed appeal for information into the murder of Ms Bright, who was last seen alive more than 21 years ago.
Ms Bright, 17, was dropped off at Herbert St in Gulg…