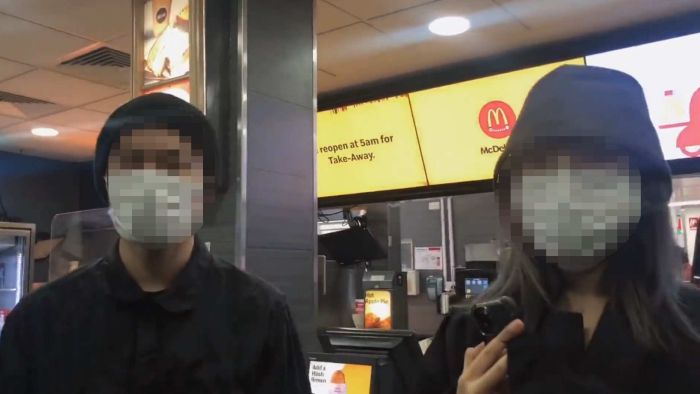 Three Melbourne vloggers have been fined thousands of dollars after they posted a video of themselves breaching curfew rules for a McDonald’s run on Chinese social media.
Key points:

In the five-minute video, the vloggers, who are also Chinese …