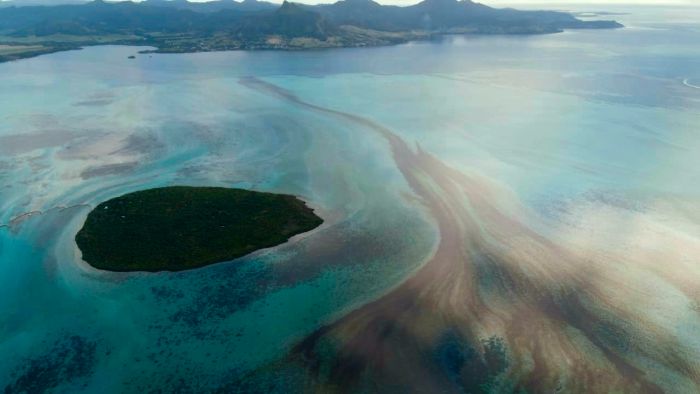 Volunteers in Mauritius are dealing with toxic fumes as they try to remove tonnes of crude oil from the island’s formerly crystal-clear lagoon.
Key points:

Roughly 1,000 tonnes of oil have spread through the lagoon si…