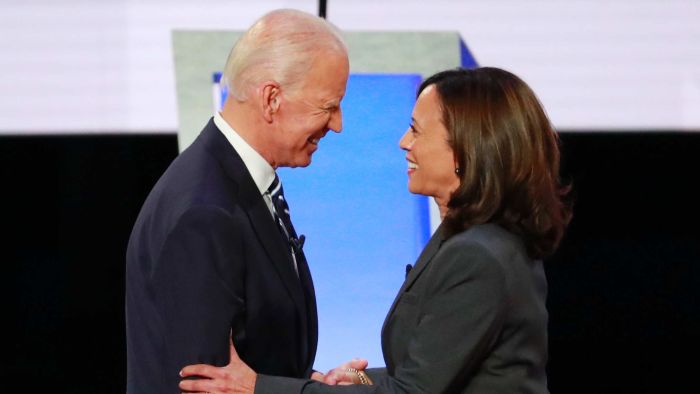 Joe Biden has picked Kamala Harris to be his running mate in the 2020 US election.
The former vice-president announced his pick via a text message to his supporters after a lengthy vetting process and intense speculation.
“Big news: I’ve chosen Kamala Harris as my running mate. Together, with you, we’re going to beat Trump,” the message said.
The announcement comes less than a week before the Democratic Nominating Convention.
The pair will take on US President Donald Trump and Vice-Presiden…