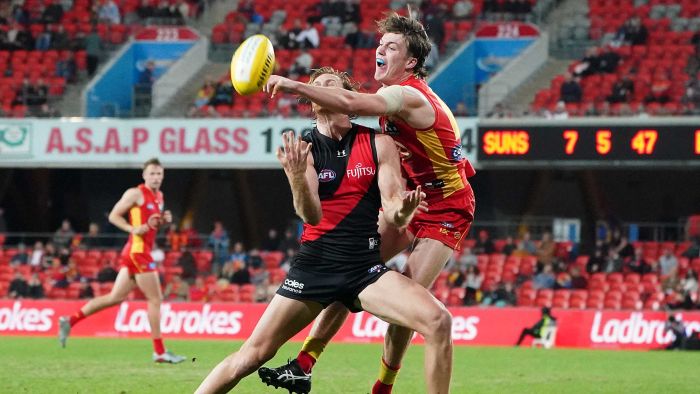 Gold Coast young guns Ben King and Izak Rankine both missed potential match-winning chances as the Suns and Essendon played out an AFL draw in Carrara.

King kicked a point from a set shot to level scores, while Rankine could not find a scor…