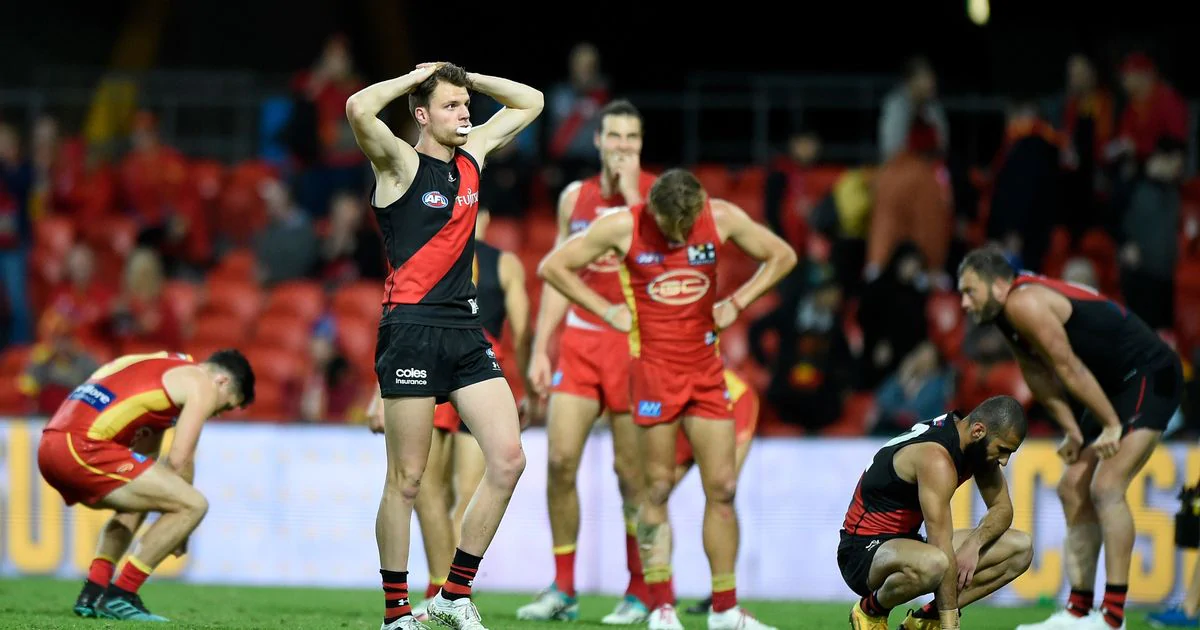 TWO OF Gold Coast’s brightest young stars had chances to be heroes in the final stages of Wednesday night’s thrilling draw against Essendon but both failed.
With the Suns trailing by a point and less than two minutes remaining, Ben King, who had just kicked a miraculous goal, took a towering overhead mark but missed his 40m set shot to the right to level the scores.
And then with less than a minute to go, whiz-kid Izak Rankine took a contested mark on the 50m arc, and after taking his full all…