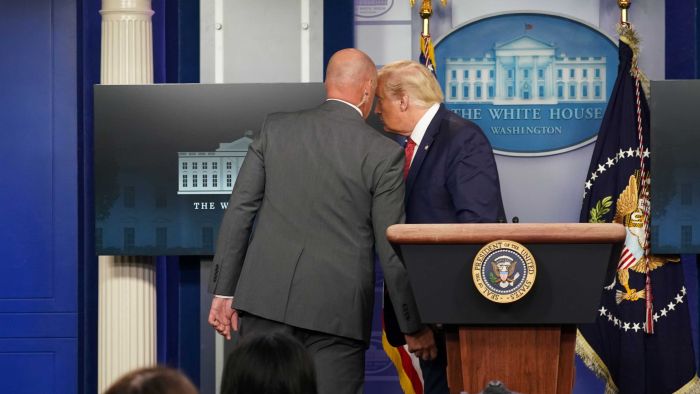 US President Donald Trump says a person has been shot outside the White House, forcing a Secret Service agent to escort him from the press briefing room.