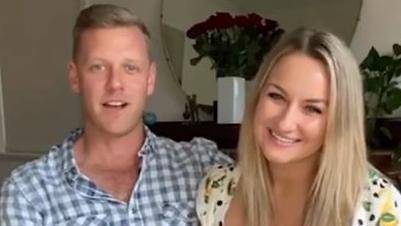 Bachelor in Paradise lovebirds Glenn Smith and Alisha Aitken-Radburn have gushed about their love for each other after settling in Western Australia.
Sydney-raised Aitken-Radburn revealed shes a newfound Sandgroper after meeting Smith on the TV dating show, set on a Fiji island.
Speaking after yesterdays grand final, the fan favourites cosied up to each other as they insisted their relationship had flourished since leaving the show last year.
Were still together and were still going strong, S…