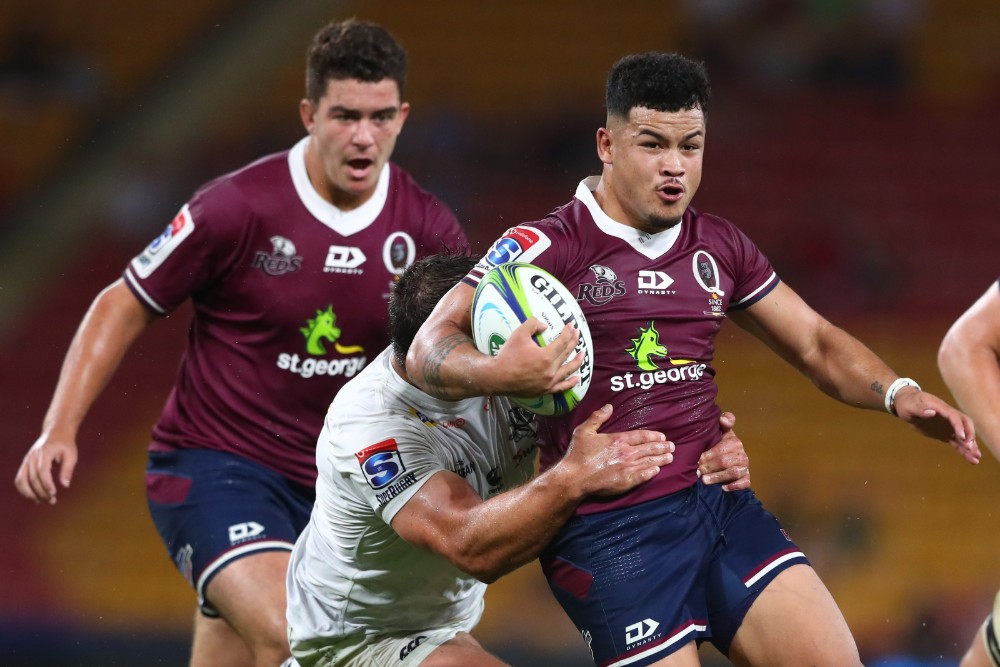 In a boost for Australian rugby, Hunter Paisami has become the first player to put pen to paper following the contract freeze and re-signed with the Queensland Reds.
Paisami, 22, has signed a new two-year deal with the Reds following his breakout season for the club, which saw him included in Dave Rennie’s ‘Players of National Interest’ squad in April.
Reds coach Brad Thorn was naturally delighted by the direct-running centre’s decision to stay put in Australia.
“He’s a good humble guy, tough…