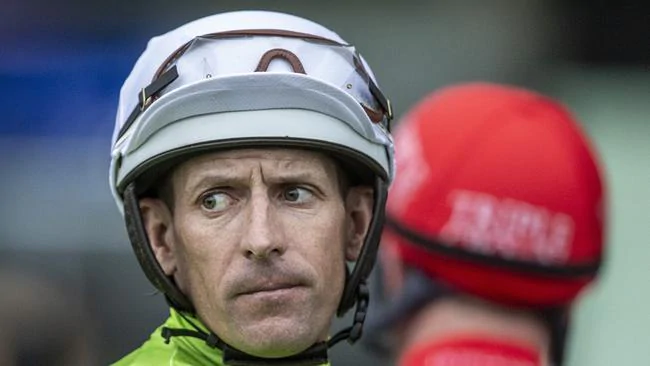 Champion jockey Hugh Bowman has been given a six-week ban after last weeks horrific racing accident at Rosehill.Bowman’s mount collided with another horse after shifting out during Race 1 on Saturday, which resulted in jockey Andrew Adkins going to hospital and a two-year-old colt being put down.
According to The Daily Telegraph, Racing NSW acting chief steward Wade Birch found Bowman rode in a “careless manner”, but the 40-year-old Bowman pleaded not guilty to the charge.
Kayo is your ticket …