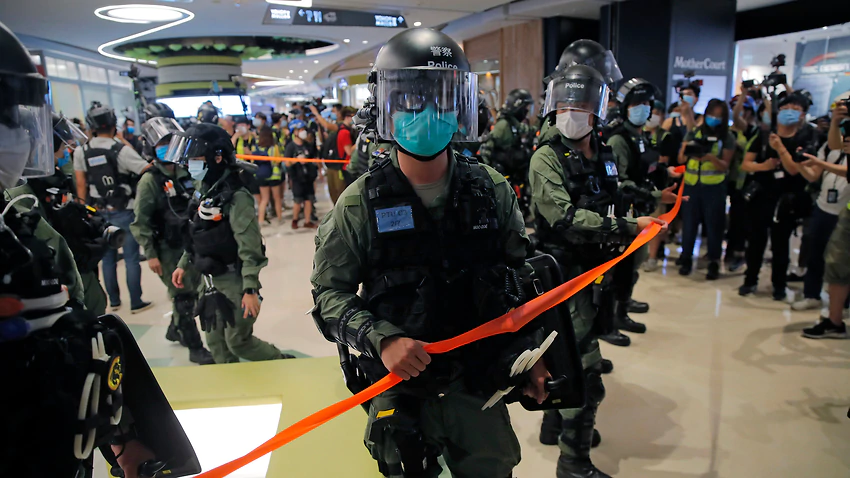 Four Hong Kong students involved in a recently disbanded pro-independence group were arrested by police on Wednesday under a controversial new national security law, officers and members of the group said.
The arrests are the first to target public political figures since the sweeping legislation was imposed on the city by Beijing late last month.
Police said three men and one woman aged between 16 and 21 were arrested on suspicion of organising and inciting secession.
“Our sources and invest…