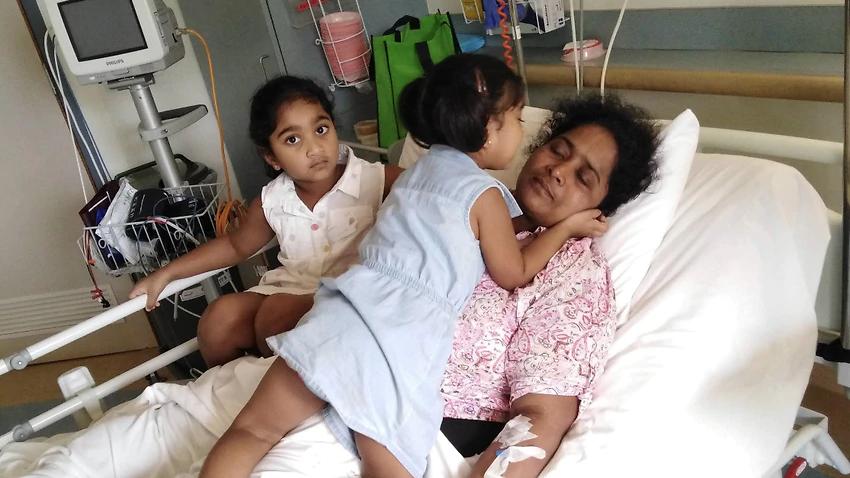 Priya Murugappan, the mother from the detained Biloela Tamil family, has been discharged from a hospital in Perth and will soon be returned to Christmas Island.
Tamil Refugee Council spokesman Aran Mylvaganam told SBS News he was on the phone with Priya as she was discharged on Wednesday afternoon.
“There were at least 10 guards involved in the process, she was given the discharge summary as she was being removed,” he said.
“She tried to call back again 15 minutes later but as she was talk…