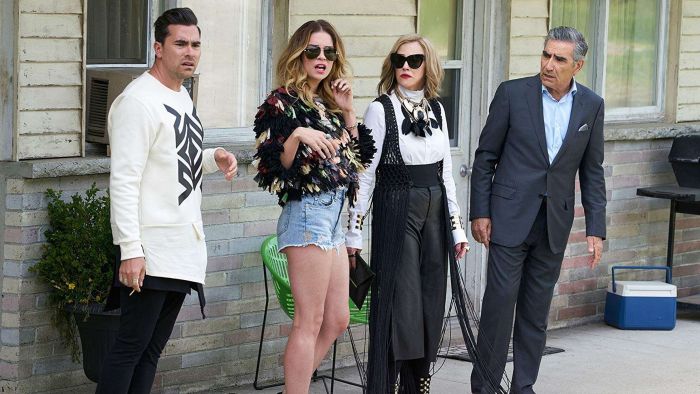 Despite the odds, the 2020 Emmy awards are going ahead, coronavirus pandemic withstanding, with former SNL comedian Leslie Jones announcing the nominations via a live streamed virtual ceremony on Tuesday.
Popular Canadian comedy Schitt’s Creek dominated the comedy categories with 15 nominations for its final season, while the HBO-produced Watchmen received a leading 26 nominations.
Regina King in a scene from Watchmen. The series was nominated for an Emmy Award for outstanding limited series.(…