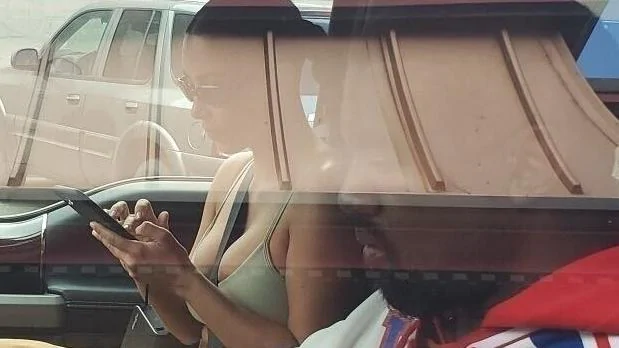 Kim Kardashian burst into tears during a tense reunion with Kanye West, photos reveal.On Monday, Kim flew to Wyoming to visit Kanye for the first time since his disastrous political rally in South Carolina a week ago.
The pair were photographed in their car as they visited a local Wendy’s restaurant. Both Kim and Kanye appeared more interested in their phones than each other.
Later photographs from the outing showed Kim in tears in the passenger seat.
According to TMZ, Kim is in Wyoming to tr…