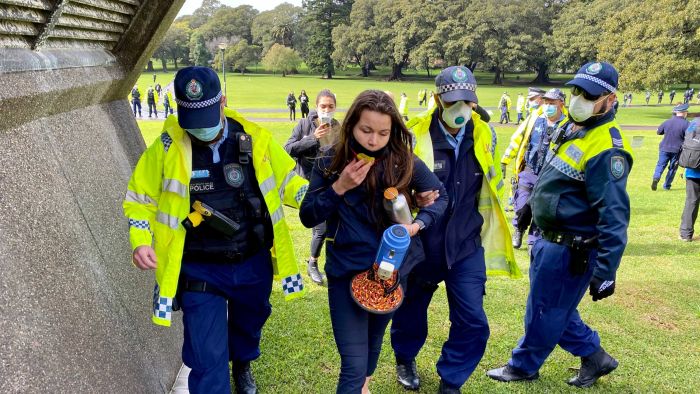 Police have detained at least three people, including organiser Paddy Gibson, at a Black Lives Matter rally in Sydney.

Mr Gibson was put in the back of a police vehicle before the rally was due to start at 12:00pm.
The r…