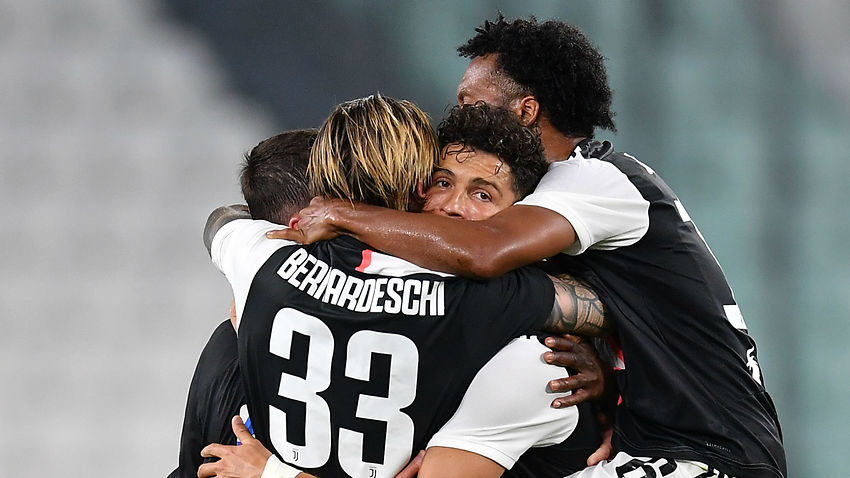 Cristiano Ronaldo’s 31st Serie A goal of the season and Federico Bernardeschi’s second-half effort delivered a ninth successive Scudetto for Juventus as they defeated Sampdoria 2-0.
Juve knew three points would clinch another title but, having won just one of their previous five games, they needed a moment of magic from their talisman in first-half stoppage time to set them on their way.
Ronaldo swept home following a well-worked Miralem Pjanic free-kick for his 10th goal since the league resu…