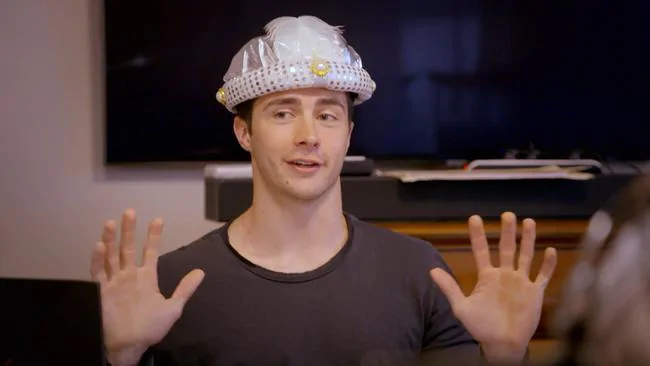 A self-confessed geek from Victoria who has pet rats stole the show on the opening night of Australian Ninja Warrior.Jake Baker, 28, was easily the most memorable contestant featured in the first episode of the show’s fourth season and was given the nickname ‘Rat Man’ by host Ben Fordham.
In a profile piece which aired before he ran the course, Jake revealed that he plays Dungeons and Dragons once a week and has the role of ‘Dungeon Master’, which apparently is a big deal.
“The Dungeon Master …