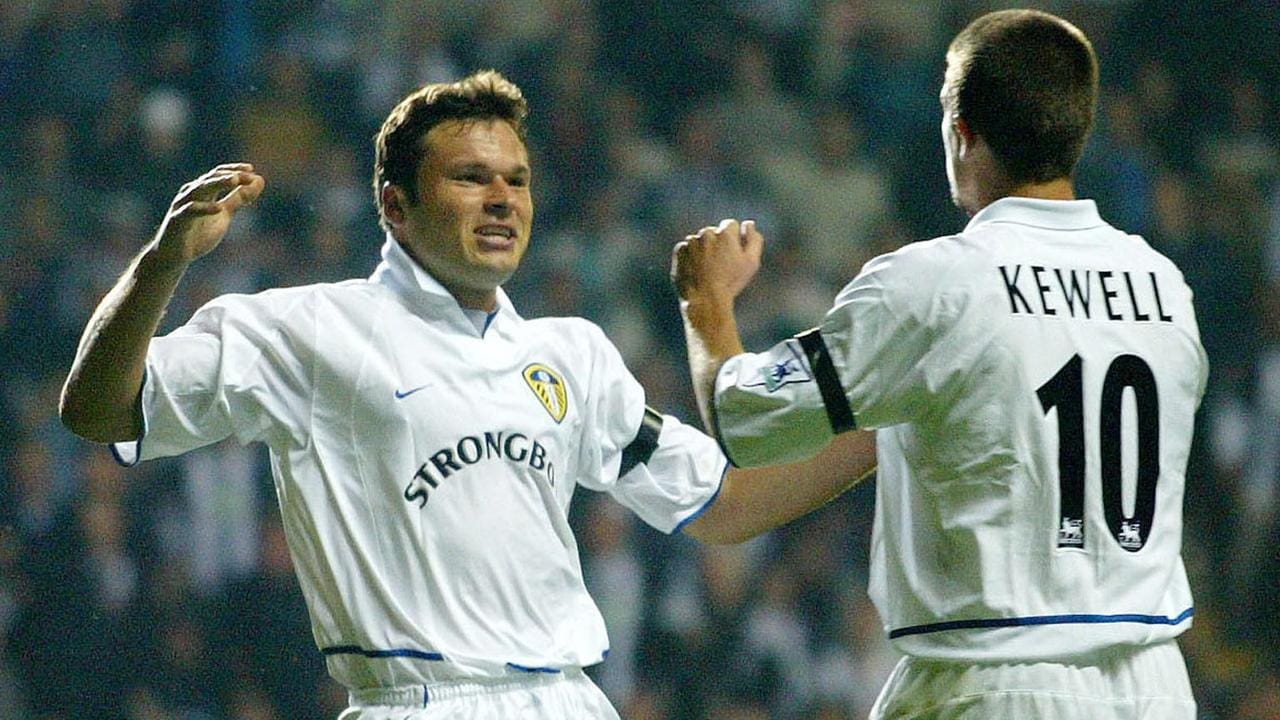 On the right there is Don Revie, who led Leeds to two First Division titles during a 13 years as manager, standing next to Howard Wilkinson, who guided Leeds to the final First Division title before the inception of the Premier League.
Towards the middle is World Cup winner Jack Charlton, crouched next to Billy Bremner, Revies fearless captain, Lucas Radebe, who made 256 appearances for the club during the Champions League years, and Gordon Strachan, a key player in that 1992 title win.
Watch …