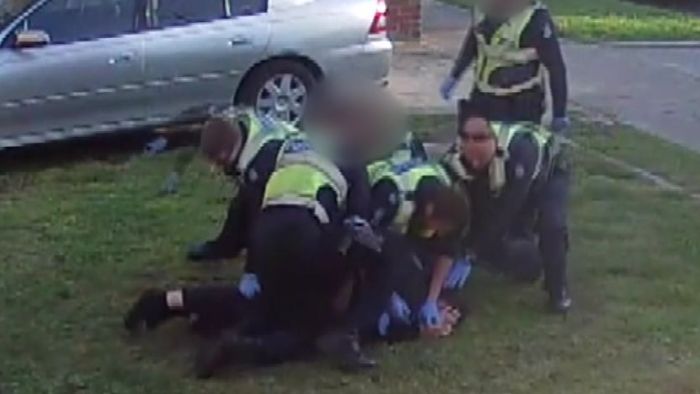 Three police officers who were captured on CCTV bashing a man outside his Melbourne home during a welfare check in 2017 have been found guilty of assault.
Key points: