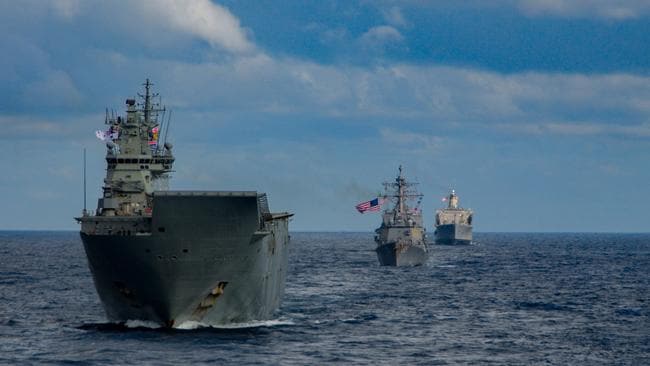 Australian warships sailing near the disputed Spratly Islands in the South China Sea have been confronted by the Chinese navy, the ABC reports.The Australian Defence Force joint task group consisting of five ships was travelling through the area last week on the way to Hawaii for joint military war games with the US and Japan in the Philippine Sea.
The broadcaster did not specify details of the confrontation, noting it was not clear precisely where the interaction took place.
RELATED: US clash…