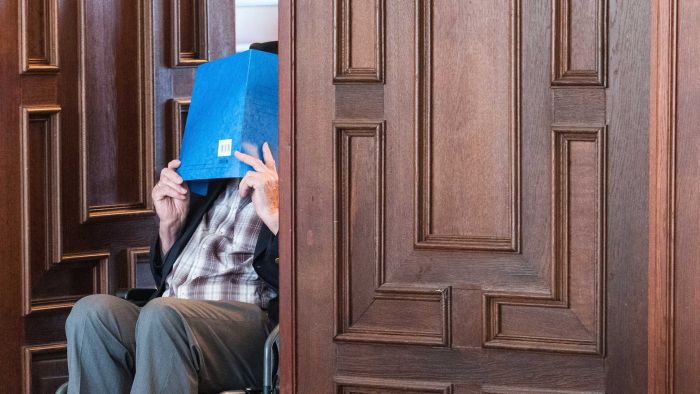 A German court has convicted a former Nazi guard on more than 5,000 counts of accessory to murder at the Stutthof concentration camp, where he served as a guard in the final months of World War II.
Key points: