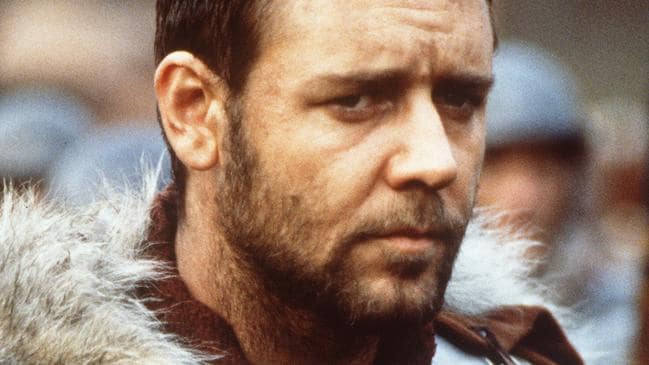 It was undoubtedly the most defining role in his career.And while 2001 film Gladiator won Russell Crowe the Academy Award for Best Actor, as well as paving the way for his glistening Hollywood career, the Australian actor doesn’t think he deserved the level of praise he received.
In an interview with Richard Wilkins on the Today show, Crowe, 56, revealed he felt guilty about the reception he received for the movie, which streams on Binge.
“I went to Rome and sat and watched the film and it was…