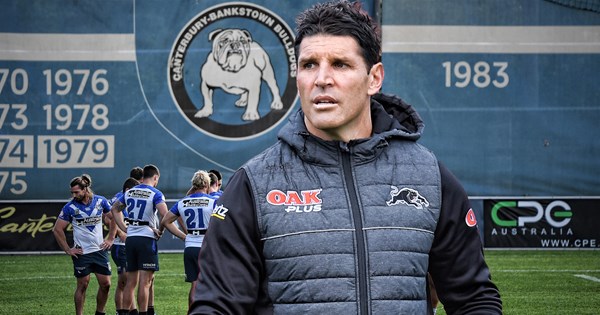 Trent Barrett has been officially installed as Canterbury’s new coach on a three-year deal, but won’t start his Belmore rebuild until after he finishes the 2020 season with Penrith.
The Bulldogs are due to make an official announcement on Wednesday afternoon that Barrett will be their next coach after they parted ways with Dean Pay last week.
His assistant Steve Georgallis was installed as caretaker coach and will remain in that position until the end of the season.
It is understood Barrett b…