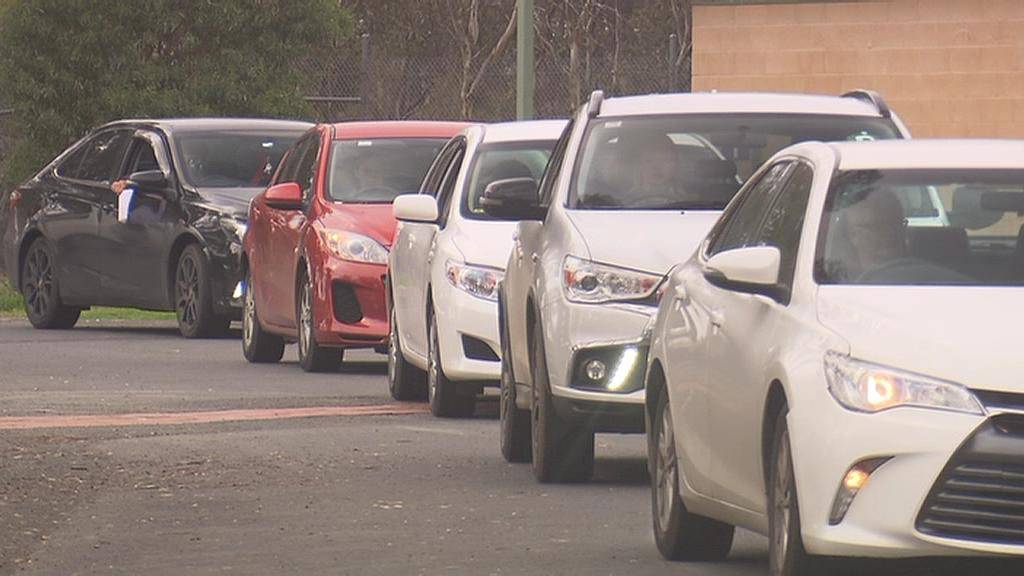 Two Victorian men have been arrested after allegedly hiding between two trucks to sneak into South Australia.
Police say the pair, in a Victorian-registered Mazda SUV, drove through the border checkpoint on the Dukes Highway at Wolseley by wedging the car between two trucks.
Watch the video above
They then allegedly drove off towards Keith.
The men were spotted just before 1am on Tuesday on the South Eastern Freeway at Mount Barker.
Both were considered non-essential travellers as neither h…