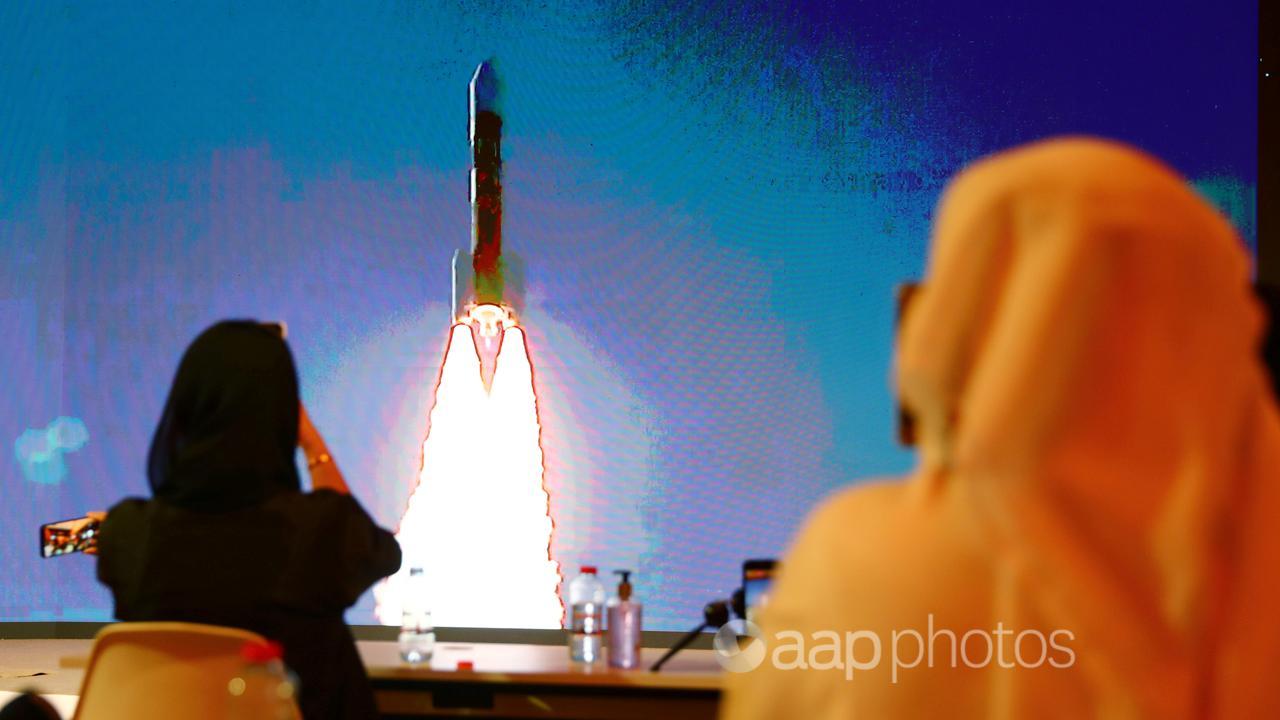 The United Arab Emirates has launched its first mission to Mars as it strives to develop its scientific and technological capabilities and reduce its reliance on oil.
The Hope Probe blasted off from Japan’s Tanegashima Space Centre at 6.58am Japanese time on Monday for a seven-month journey to the red planet, where it will orbit and send back data about the atmosphere.
The first Arab mission to Mars was initially due to launch on July 14, but has been delayed twice due to bad weather.
Just ov…