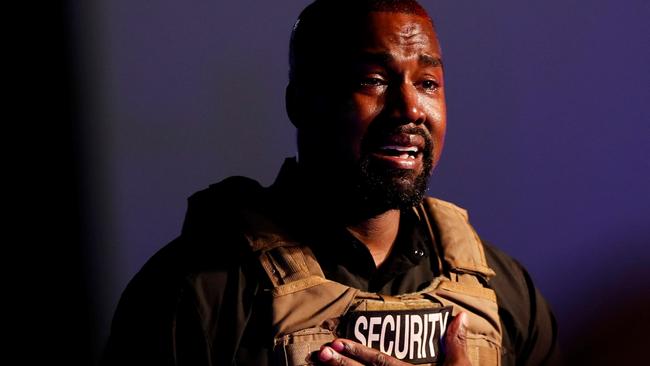 While Kanye West is normally mocked for his bizarre behaviour, his latest stunt has fans genuinely concerned for his mental health.Kanye, 43, took to Twitter today with a flurry of illiterate updates, where he appeared to accuse his wife Kim Kardashian-West and mother-in-law Kris Jenner of trying to “lock him up”.
The rapper, who has bipolar disorder, posted the alarming tweets from his ranch in Wyoming.
In a since deleted tweet, he addressed his wife and mother-in-law directly, writing simply…