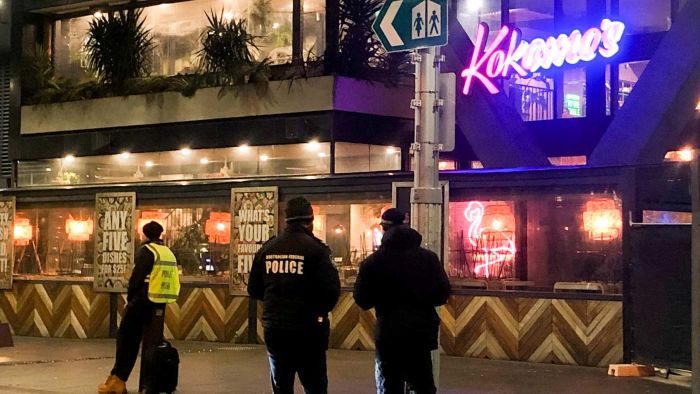 A man has died after a fight in a nightclub in Canberra’s CBD overnight.
Police were called to Kokomo’s on the corner of Genge and Bunda streets at 12:05am after reports of a “disturbance”.
A 48-year-old man died at the scene.
Acting Chief of ACT Police Mick Calatzis said police believed another person was injured, whom they were yet to locate.
“We’re treating this as a suspicious death and we’re treating this very seriously,” he said.
It is not yet clear if weapons were involved in the …