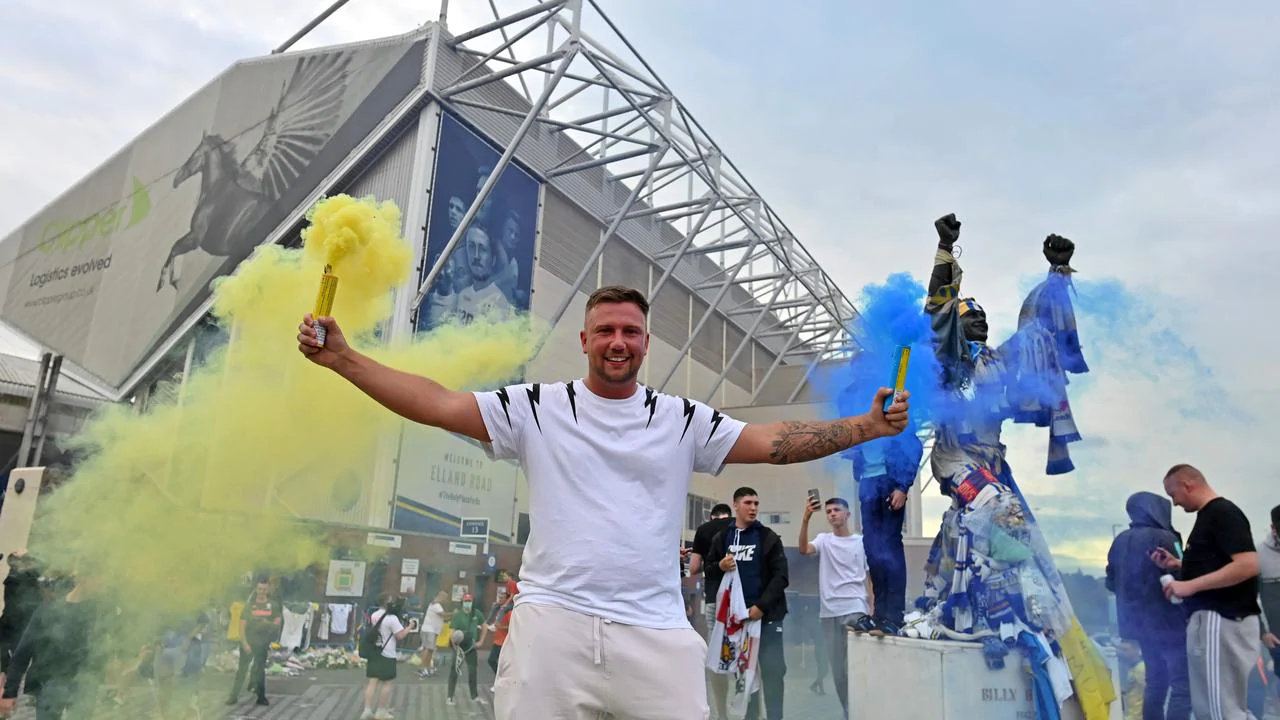 Marcelo Bielsas side were able to celebrate promotion without kicking a ball as second placed Albions failure to take three points guaranteed Leeds will finish in the top two.
We are back. Leeds United are Premier League, the club said on their Twitter account moments after the final whistle.
Source: AFP
Source: AFP
Source: AFP
Leeds are five points clear at the top and they can clinch the Championship title with a draw against Derby at Pride Park on Sunday.
Albions defeat means third plac…