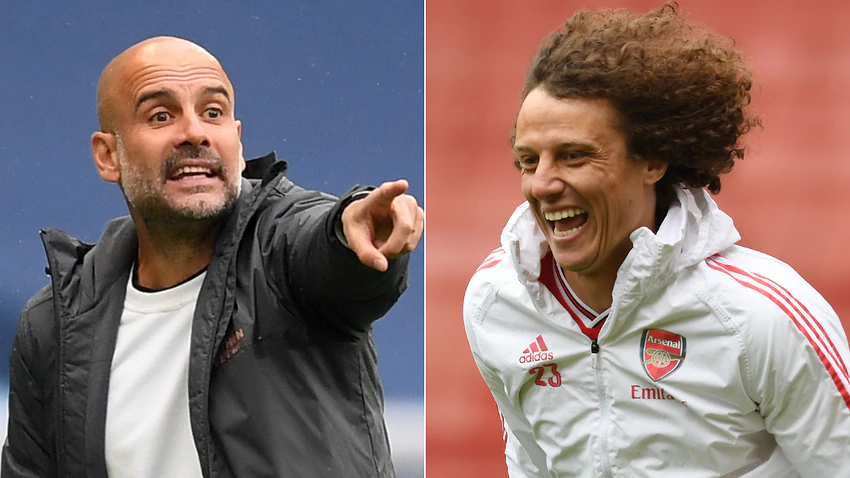 City have won seven matches in succession against the Gunners, a run that stretches back to the same stage of this competition three years ago.
The last of those was a 3-0 Premier League triumph at the Etihad Stadium last month a game perhaps most notable for David Luiz’s nightmare individual outing.
Introduced as a replacement for the injured Pablo Mari during the first half, the Brazil international misjudged Kevin De Bruyne’s searching pass for Raheem Sterling’s opening goal.
David Luiz th…