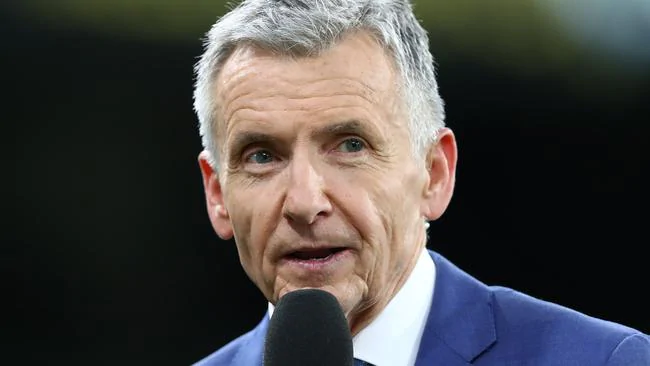 Footy commentators have accused Bruce McAvaney of delivering a flippant description of Collingwood star Jordan De Goeys sexual assault charge.The Channel 7 icon on Thursday night commentated the moment De Goey celebrated his return to the Collingwood side with the first goal of the match against Geelong in Perth.
McAvaney — in the eyes of some — appeared to describe the assault charge as a “hiccup” for the Collingwood player — leading to a social media storm.
The 67-year-old responded to the c…