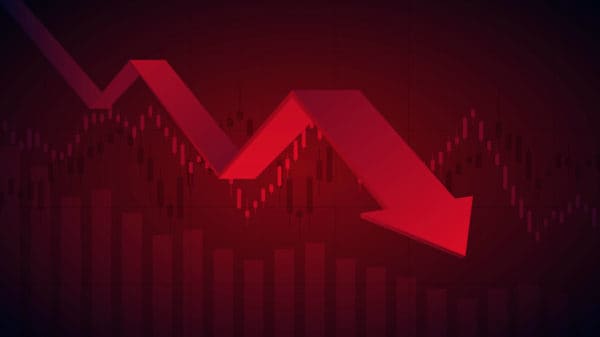 The S&P/ASX 200 Index (ASX: XJO) has returned to form on Wednesday and is storming higher. In late morning trade the benchmark index is up 1.2% to 6,012 points.
Four shares that have failed to follow the market higher today are listed below. Here’s why they are dropping lower:
The De Grey Mining Limited(ASX: DEG) share price is down 2% to 70.5 cents. This morning the gold-focused mineral exploration company announced the allotment of 19.2 million shares to DGO Gold Ltd (ASX: DGO) and 1 million shares to Peter Hood. This follows shareholder approval on 10 July 2020 and represents the 2nd Tranche of the placement initially announced on 28 April 2020.
The Openpay Group Ltd(ASX: OPY) share price is down 4% to $4.23 following the release of its fourth quarter update. The buy now pay later provider achieved record growth across a number of leading indicators during the quarter. This includes a 229% increase in active plan numbers, a 141% lift in active customer numbers, and a 52% jump in active merchants. This ultimately led to total transaction value rising 98.2% for the full year to $192.8 million. It appears as though investors were expecting even stronger numbers.
The Woodside Petroleum Limited(ASX: WPL) share price is down almost 2% to $21.04. This follows an announcement by the energy producer of billions of dollars of impairments because of the collapse in oil prices. Woodside expects to recognise non-cash, post-tax impairment losses of US$3.92 billion with its first half results. This comprises $2.76 billion for oil and gas properties and $1.16 billion for exploration and evaluation assets.
The Zip Co Ltd(ASX: Z1P) share price is down 2.5% to $6.86. This follows the release of the buy now pay later provider’s fourth quarter and full year update. For FY 2020, Zip’s annualised transaction volume was ~64% higher year on year and $100 million ahead of target at $2.3 billion. This led to a 72% year on year increase in revenue to $161.2 million. Possibly weighing on its shares today is a rise in bad debts from 1.84% in the third quarter to 2.24% at the end of the fourth quarter.
5 stocks under $5
We hear it over and over from investors, “I wish I had bought Altium or Afterpay when they were first recommended by The Motley Fool. I’d be sitting on a gold mine!” And it’s true.
And while Altium and Afterpay have had a good run, we think these 5 other stocks are screaming buys
. And you can buy them now for less than $5 a share!
See the 5 stocks
*Extreme Opportunities returns as of June 5th 2020