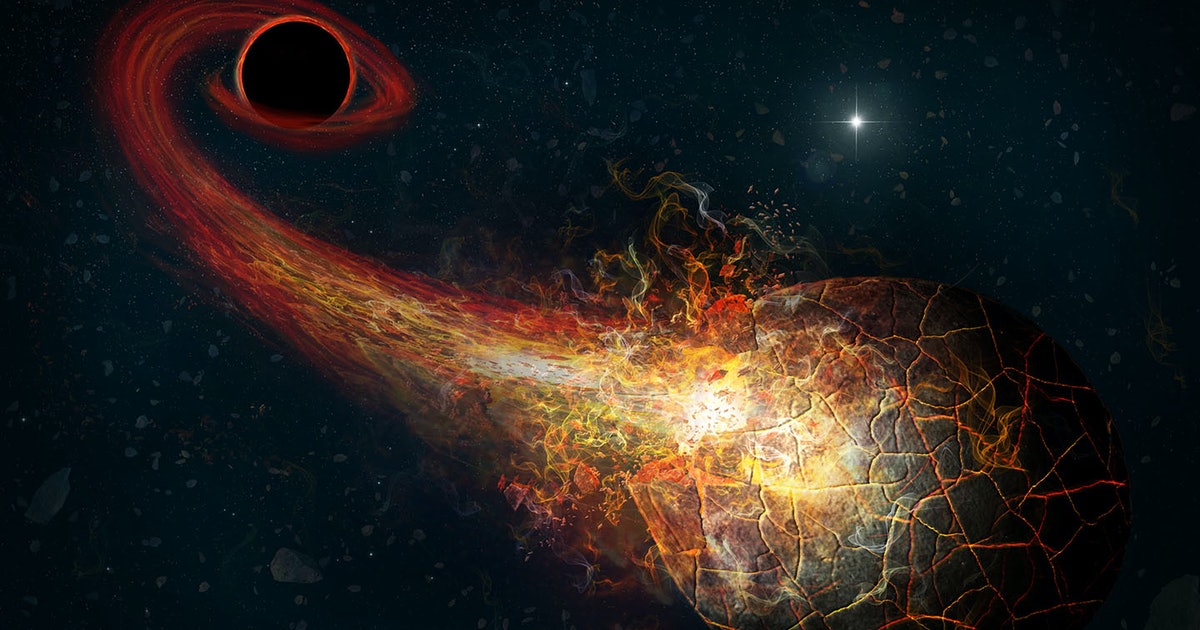 In January 2015, a team of astronomers made a shocking discovery that would alter our understanding of the Solar System. Deep within the confines of the outer Solar System, a giant ninth planet may be orbiting the Sun that was dubbed as Planet 9 or Planet X.
The discovery was based on mathematical calculations, and the hypothetical planet has not been observed yet. However, a team of researchers from Harvard University may soon be able to determine the very nature of this mystery object.
Scientists from the Black Hole Initiative, an interdisciplinary program at Harvard University that includes the fields of Astronomy, Physics and Philosophy, have devised a new method to detect black holes in the outer Solar System. And they’re hoping that using this new method, they’ll be able to figure out whether Planet 9 is actually a planet or a black hole.
Their study was accepted for publication in The Astrophysical Journal Letters.
Black holes tend to lurk in the shadows, barely detectable. The cosmically massive beings are shrouded in darkness as light itself cannot escape their strong gravitational pull. However, the new method plans on finding black holes based on the flares that are emitted should a comet intercept their path.
An artist’s concept of accretion flares emitted from the encounter of an Oort-cloud comet and a hypothesized black hole in the outer Solar System.M. Weiss
“Because black holes are intrinsically dark, the radiation that matter emits on its way to the mouth of the black hole is our only way to illuminate this dark environment,” Avi Loeb, professor of science at Harvard University, and a member of the team behind the new method, said in a statement.
The team plans on using Rubin Observatory’s Legacy Survey of Space and Time, a wide field, 10-year survey of the skies planned to launch in the year 2022, to observe accretion flares by small Oort Cloud objects interacting with black holes in the outer Solar System. The Oort Cloud is a theoretical cloud of small icy objects that surround the Sun at a distance that reaches up until 3.2 light years away.
In doing so, the team hopes to be able to separate the planets from the black holes.
“This method can detect or rule out trapped planet-mass black holes out to the edge of the Oort cloud, or about a hundred thousand astronomical units,” Amir Siraj, a Harvard undergraduate student, and another member of the team, said in a statement.
And they are hoping to start with the mysterious Planet 9 as their first candidate, which they believe could be a black hole with similar mass of a planet.
Astronomers from the California Institute for Technology (CALTECH) first announced the discovery of Planet 9 in 2015 based on mathematical evidence.
An artist’s impression of the theoretical Planet X. Caltech/R. Hurt (IPAC)
The evidence suggested that a Neptune-sized planet orbits our Sun in a highly elongated orbit that lies far beyond Pluto. This hypothetical planet may have a mass that’s about 10 times that of Earth and orbit about 20 times farther from the Sun than Neptune, the eighth and farthest known planet from the Sun.
Planet X may take between 10,000 and 20,000 Earth years to complete one orbit around the Sun, according to NASA.
Although its existence is still theoretical till today, a direct detection of a ninth planet would be the first discovery of a new planet orbiting the Solar System in two centuries. So, it’s kind of a big deal.
“The outskirts of the solar system is our backyard. Finding Planet Nine is like discovering a cousin living in the shed behind your home which you never knew about,” Loeb said. “It immediately raises questions: why is it there? How did it obtain its properties? Did it shape the solar system history? Are there more like it?”
However, some are skeptical that this is a full-blown planet, with some suggesting that Planet 9 is instead a grapefruit-sized black hole with a mass of five to ten times that of the Earth, according to the researchers behind the new method.
By hunting for flares emitted by a comet’s possible future interaction with Planet 9, the team are hoping to prove that it is in fact a black hole. However, if no such flares light up the distant cosmos, then perhaps we have a new planetary cousin.