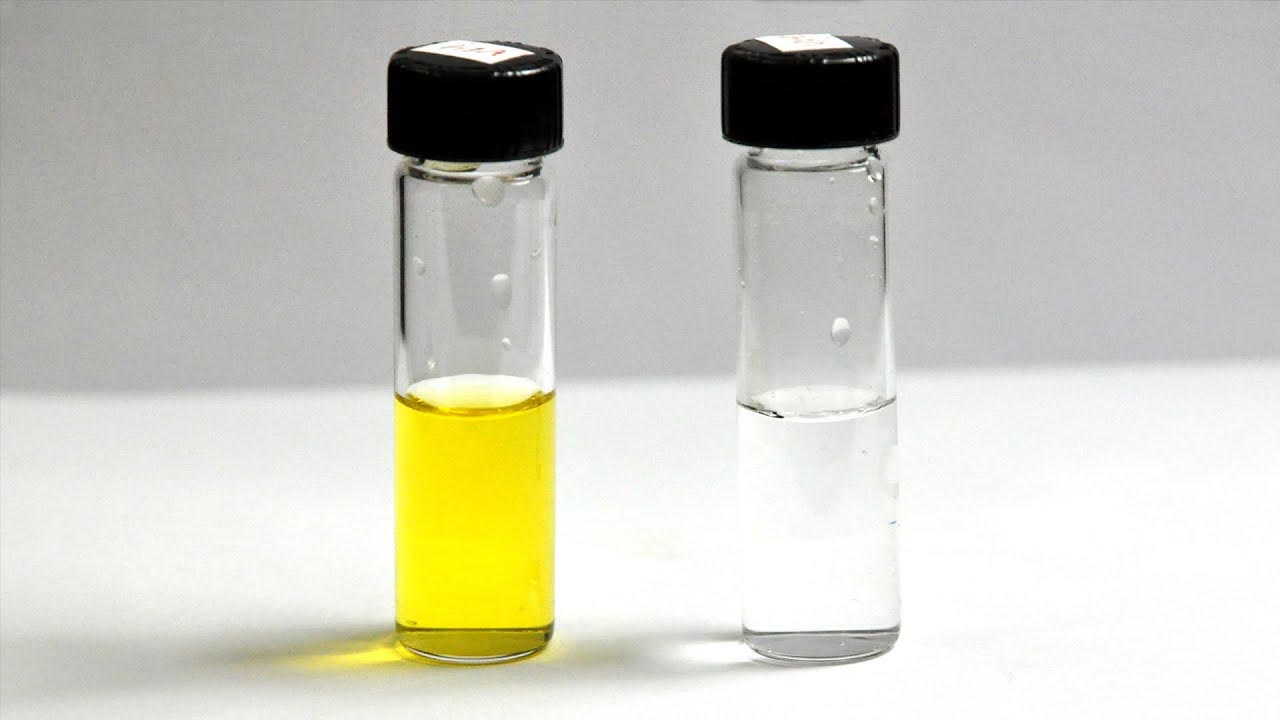 A laser-etched, energy absorbing, water wicking metal surface, continually angled directly at the sun, provides a cheap, efficient way to purify water from sunlight. The technology was developed by the lab of Chunei Guo at the University of Rochester. Credit: H.M. Cao/University of Rochester
By etching metal with ultrashort laser bursts, Rochester researchers demonstrate a way to purify water without wasting energy.
Amid the coronavirus pandemic, people in developed countries are assured of ample supplies of clean water to wash their hands as often as needed to protect themselves from the virus. And yet, nearly a third of the world’s population is not even assured of clean water for drinking.
University of Rochester researchers have now found a way to address this problem by using sunlight—a resource that everyone can access—to evaporate and purify contaminated water with greater than 100 percent efficiency.
How is this possible?
In a paper in Nature Sustainability, researchers in the laboratory of Chunlei Guo, professor of optics, demonstrate how a burst of femtosecond laser pulses etch the surface of a normal sheet of aluminum into a superwicking (water-attracting), super energy-absorbing material.
When placed in water at an angle facing the sun, the surface:

“These three things together enable the technology to operate better than an ideal device at 100 percent efficiency,” says Guo, who is also affiliated with the University’s Physics and Materials Science programs.
Using sunlight to boil has long been recognized as a way to eliminate microbial pathogens and reduce deaths from diarrheal infections. But boiling water does not eliminate heavy metals and other contaminants.
Experiments by the lab show that their new method reduces the presence of all common contaminants, such as detergent, dyes, urine, heavy metals, and glycerin, to safe levels for drinking.
The technology could also be useful in developed countries for relieving water shortages in drought-stricken areas, and for water desalinization projects, Guo says.
Solar-based water purification: Seeking an efficient method
Solar-based water purification can greatly reduce contaminants because nearly all the impurities are left behind when the evaporating water becomes gaseous and then condenses and gets collected.
The most common method of solar-based water evaporation is volume heating, in which a large volume of water is heated but only the top layer can evaporate. This is obviously inefficient, Guo says, because only a small fraction of the heating energy gets used.
A more efficient approach, called interfacial heating, places floating, multilayered absorbing and wicking materials on top of the water, so that only water near the surface needs to be heated. But the available materials all have to float horizontally on top of the water and cannot face the sun directly. Furthermore, the available wicking materials become quickly clogged with contaminants left behind after evaporation, requiring frequent replacement of the materials.
The panel developed by the Guo lab avoids these inefficiencies by pulling a thin layer of water out of the reservoir and directly onto the solar absorber surface for heating and evaporation. “Moreover, because we use an open-grooved surface, it is very easy to clean by simply spraying it,” Guo says.
“The biggest advantage,” he adds, “is that the angle of the panels can be continuously adjusted to directly face the sun as it rises and then moves across the sky before setting” —maximizing energy absorption.
“There was simply nothing else resembling what we can do here,” Guo says.
Latest in a series of applications
Guo, who is also affiliated with the University’s physics and materials science programs, has long envisioned an array of humanitarian applications for an efficient solar-based purification method. “This is a simple, durable, inexpensive way to address the global water crisis, especially in developing nations,” he says, noting that it could help relieve water shortages in drought-stricken areas and be helpful in water desalinization projects, he adds.
“The Army and its warfighters run on water, so there is particular interest in basic materials research that could lead to advanced technologies for generating drinking water,” said Evan Runnerstrom, program manager, Army Research Office, an element of the U.S. Army Combat Capabilities Development Command’s Army Research Laboratory. “The superwicking and light-absorbing properties of these aluminum surfaces may enable passive or low-power water purification to better sustain the warfighter in the field.”
In addition to using femto-second laser etching technology to create superhydrophobic (water repellent), superhydrophilic (water-attracting), and super energy absorbing metals, the Guo lab has created metallic structures that do not sink no matter how often they are forced into water or how much it is damaged or punctured.
Prior to creating the water attracting and repellent metals, Guo and his assistant, Anatoliy Vorobyev, demonstrated the use of femto-second laser pulses to turn almost any metal pitch black. The surface structures created on the metal were incredibly effective at capturing incoming radiation, such as light. But they also captured light over a broad range of wavelengths.
Subsequently, his team used a similar process to change the color of a range of metals to various colors, such as blue, gold, and gray. The applications could include making color filters and optical spectral devices, using a single laser in a car factory to produce cars of different colors; or proposing with a gold engagement ring that matches the color of your fiancee’s blue eyes.
The lab also used the initial black and colored metal technique to create a unique array of nano- and micro-scale structures on the surface of a regular tungsten filament, enabling a light bulb to glow more brightly at the same energy usage.
Reference: “Solar-trackable super-wicking black metal panel for photothermal water sanitation” by Subhash C. Singh, Mohamed ElKabbash, Zilong Li, Xiaohan Li, Bhabesh Regmi, Matthew Madsen, Sohail A. Jalil, Zhibing Zhan, Jihua Zhang and Chunlei Guo, 13 July 2020, Nature Sustainability.DOI: 10.1038/s41893-020-0566-x
In addition to Guo, coauthors include lead author Subhash Singh, Mohamed ElKabbash, Zilong Li, Xiaohan Li, Bhabesh Regmi, Matthew Madsen, Sohail Jalil, Zhibing Zhan, and Jihua Zhang, all of the Guo Lab. Among them, four are undergraduate students.
The project was supported by funding from the Bill and Melinda Gates Foundation, the National Science Foundation, and the US Army Research Office.